Today I’m feeling especially insecure and apologetic, as a blogger and as a writer.

I can’t believe it’s been almost two months since I last blogged. I definitely need to explain myself.

Apart from work and a few personal matters, which cropped up unexpectedly and inconveniently, and I’m not going to bore you with, the rest of my time was taken with re-re-re-editing the third and final novel in The Eyre Hall Trilogy. Everything else had to stop, including my blog (and the A-Z Challenge) and most of my social media interaction, because I just couldn’t cope with everything that was going on, and I’d put my book up for pre-order, thinking I had plenty of time… and I didn’t, as always.

I struggled with book one, All Hallows at Eyre Hall, because I was proving to myself (and the unsuspecting world) that I could actually write and publish a novel. In the end I felt and still feel proud of my efforts.

On the other hand, I really enjoyed book two, Twelfth Night at Eyre Hall. I had proved I could do it, so I was just enjoying the ride. Lots of romance, action, adventure and suspense. It’s definitely my favourite.

Unfortunately with book three, Midsummer at Eyre Hall, the insecurity, struggle and strife has returned… in a big way. Can I do it? Can I finish this trilogy the way it deserves? Can I close all the threads? Do I even need to tie it all up neatly? Where do I stop?

I completed my first draft at the beginning of April, and since then I’ve been listening to beta readers’ and editors’ comments and tweaking bits here and there, and adding a chapter, which they convinced me was needed. The whole process has been driving me crazy.

Don’t get me wrong, most of the comments were positive and my ‘test’ readers have enjoyed it, but, there are always comments and suggestions for change or improvement, so over the previous months, I’ve been  focussed on what needed to be improved, which was a stressful focus.

I’m now waiting for the last proofread to be returned to me. Then I have to re-read it once more and make the final decisions before I upload it on kindle next Thursday, the 9th of June. I should be looking forward to it, shouldn’t I? So why aren’t I?

I’m more than insecure this time, because I’m downright terrified of not getting it right and spoiling the end and the whole trilogy.

I can’t wait for next month, when the launch will be over and I’ll be feeling more optimistic perhaps…

How do you feel just before your book launch?

Have you written the third part of a trilogy? What was your experience like?

If you’d like to read some of the other posts by insecure writers, they’re here

14 thoughts on “#IWSG Writing Book Three in a Trilogy” 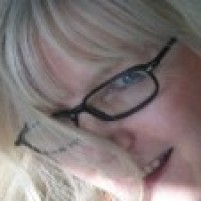