I enjoyed Mad Dog House so much, I couldn’t wait to read the sequel, Mad Dog Justice, and read it in two days. Unfortunately I had other things to do, otherwise I would have finished it in just one day!

Although I would strongly recommend reading both, preferably in the order they were written, it can be read alone, but that would be a great pity.

Mad Dog Justice takes up almost a year after the events narrated in the first book. The two ‘blood brothers’, Roddy and Danny, are once again thrown into a physically dangerous and morally complex situation, including mafia, gangsters, money laundering, violence, and murder.

They will have to give up everything they have: families, jobs, and risk their lives, in order to recover the privileged and comfortable, middle-class lives they had worked so hard to build for themselves, after managing to leave behind their disadvantaged and traumatic childhoods in Brooklyn.

It’s an exciting read, which is not meant for the faint-hearted! There are plenty of pursuits along the streets of NY, as ruthless, unknown killers hunt them down. Once more the climax is surprising and well unraveled, and the end is satisfactory.

The friendship between the two main characters is powerfully depicted, as we revisit their troubled minds once again. The respectable surgeon and the ambitious accountant, not only have to deal emotionally with past events, they also have to deal with their present daunting dilemma.

Readers are again challenged, through empathy with the main characters, to confront our views of what is right and wrong, and decide how far we are prepared to go to defend and protect our families, and our lifestyle. An even harder choice than in the first installment, because there are more lies, there is more danger, and there are more innocent people affected.

Just in case you didn’t read the previous review, I’ll remind you that Mark Rubinstein is an exceptional writer of action-packed stories, which include well-written descriptions, vibrant dialogues, illuminating interior monologue, and pulsating action, throughout.

The next book on my list is Love Gone Mad  a previous novel by Mr. Rubinstein which I haven’t read yet. I’ll keep you posted. 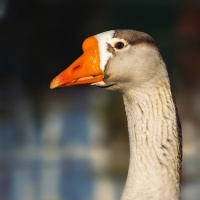