I was tagged by fellow-blogger and author Roberta Pearce several days ago to post five things about myself that people might not know.

Well, if you don’t know it means it’s a secret, and if it’s a secret, I shouldn’t really be telling you, but since I can’t resist Roberta’s persuasive talents, I’ll have to comply…

1- My feet have given me many tough moments in life. When I was a child, I was taller than the rest, and had bigger feet then the rest of the girls my age, so I had a really hard time finding suitable shoes my size, children’s size. Everyone told me it would be alright when I got older, but it wasn’t, my feet kept growing, and growing, and by age thirteen, I was size 41. A couple of years later, it happened. My foot grew again. I am size 42 (I think that’s 11 US and 8 UK). Fortunately, they stopped growing. It was agony finding shoes. imagine a teenager looking for something cool in the outsize shoe department. I hated buying shoes. It caused me such trauma 😦 Of course it’s easier now, as there seem to be more people with my ‘problem’, and online shopping has made it much easier! Now I actually enjoy buying shoes:)

2- I’ve been using henna to colour my hair since 1992. I say this because many people think I’m a real red-head. Well, I’m not. I have to remind myself sometimes. I had curly blond hair as a child, which soon turned chestnut. The trouble with henna is it’s a bit messy and time consuming. I have to make a creamy mixture with the powder, some olive oil, and hot water, which I then apply to my hair with gloves, and leave it on for over an hour.

It’s an ancient ritual, which I love taking part in. Henna is a small tree which grows in northern Africa and has been used as a cosmetic die for 6,000 years.

Red or hennad became popular with the Pre-Raphaelite artists of England in the 1800s. The painting on my header, Lilith, by Dante Gabriel Rossetti  is just one example. The French Impressionists further popularized the association of henna-dyed hair and young bohemian women.

The trouble with henna is it’s a bit messy and time-consuming. I have to make a creamy mixture with the powder, some olive oil, and hot water, which I then apply to my hair with gloves, and leave it on for over an hour. However, I think it’s worth it, because I’ve never used chemical dyes on my hair. 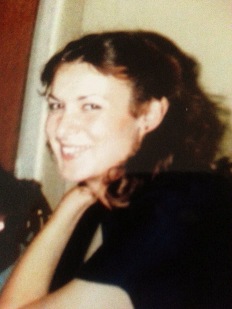 3- I never drink red wine or spirits. I only drink beer or white wine occasionally. I’m not too fussy, I like local white Spanish wines, My favourite white wine is Rueda, which is made with ‘verdejo’ grapes, grown in Castille (north-west of Spain), near the cities of Valladolid, Segovia and Ávila. Marqués de Riscal is my favourite. I also like French Chardonnay or Sauvignon, and I have tried California white wine, when  was in the US, and thought it was quite nice, too. I’ve also tried white wines from Chile, South Africa, and Australia, although I haven’t been there yet.

4-  My favourite food is ‘cocochas’ or cod cheeks cooked in an earthenware casserole, made with olive oil, fried garlic, parsley, and making sure it is well-stirred, and slowly cooked. It also goes very well with white wine.

5- I’ve always wanted to write the ‘autobiography’ of Catherine of Aragon, wife of Henry VIII, and the daughter of the Spanish Queen, Isabel of Castille and Ferdinand of Aragon. I’m fascinated by this little girl who grew up in the splendour of her parents’ court in sunny Granada, and at the age of 15, she was sent to ‘cold and wet’ Wales to marry a sick child, Prince Arthur, who died shortly after her arrival, and then she was a virtual prisoner of Henry VII until his death, when she was finally allowed to marry Arthur’s brother, Henry VIII. Unable to bear a healthy male heir, she was eventually rejected, divorced, and imprisoned, in favour of Anne Boleyn, much like the madwoman in the attic… I will write it one day… By the way, she is said to have been a redhead!

Catherine of Aragon at 11 by John of Flanders.

I feel relieved after telling you my five secrets, but don’t worry, I’m still a mystery, there are still plenty more secrets I’m saving for the future…

Who’d lke to tell me 5 secrets? It’s up to you! Let me know in the comments so I don’t miss out! 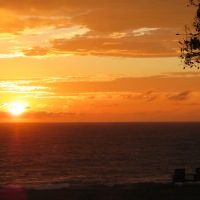 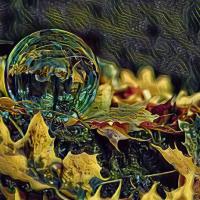 Aroused by Arête, a meditating logophile

Happiness Between Tails by da-AL

Photography, Artsy Things, and Life on the Farm

Something to Ponder About

Musings of a Wanderer

My World , My Words!

A blog full of tips, inspiration and freebies!

Musings and books from a grunty overthinker

Life past, present, thoughts about the future, and ever changing world

The Power of Story

The heavens are telling the glory of God; and the firmament proclaims His handiwork. Psalms 19:1