It all started at school, when we had to read Androcles and the Lion, surprisingly at a R.C. Convent school. The play humorously and ironically portrays different types of Christians, and criticizes the hypocrisy and absurdity of some practices and beliefs.

Lavinia has some is brilliant lines. For example, when the Emperor visits the Christians who are about to be martyred:

Lavinia: Blessing, Caesar, and forgiveness!
Caesar: (turning in some surprise at the salutation) There is no forgiveness for Christianity.
Lavinia: I did not mean that, Caesar. I mean that we forgive you.
Metellus: An inconceivable liberty! Do you not know, woman, that the Emperor can do no wrong and therefore can not be forgiven?
Lavinia: I expect the Emperor knows better. Anyhow, we forgive him.
The Christians: Amen!
Or:
The Captain: A martyr, Lavinia, is a fool. Your death will prove nothing.
Lavinia: Then why kill me?”

Later, on my own initiative, I read a few more of his plays, courtesy of my local library; Man and Superman, A Doctor’s Dilema (my second favourite of his plays), Pygmalion, Saint Joan, and Mrs. Warren’s Profession.

I actually saw this one at the Old Vic. Those were the days…

But the play I enjoyed most was Candida. I was nineteen when I first saw Deborah Kerr playing the main role in London’d West End, and I imagined myself playing that part (I wanted to be an actress then). I waited for hours at the back stage door for her autograph on my programme, and it was worth it, although she never came anywhere near my programme.

This Programme is 37 years old! I can’t believe I’ve kept it (and found it) after all these years…

She offered us a smile, which I can still remember, and was wafted away like a feather into the London skyline.

Now, I’m the right age to play the part (a year younger than Ms Kerr), but I’m in the wrong profession, unless I ever join an amateur dramatics group and convince them to put it on. There’s an idea!

Back to Androcles. Last Friday’s Flash! Friday prompt was a Gladiator and a picture of a cute kitten. This is what I came up with, inspired by my dear G. B. Shaw and his Androcles, both of whom seem to have been forgotten to younger generations, so let’s remind them about the story…

“So, is this flash fiction about gladiators?”
“It’s about a guy called Androcles who was a Christian in pagan Rome. He saw a lion with a huge thorn stuck in its paw.”
“A lion in Rome?”
“There were lions everywhere then. It was a wild and savage world. No electricity, running water, or mobiles. So Androcles took out the lion’s thorn and they become friends.”
“Friends?”
“This is a fable; a story including animals, with a meaning.”
“And what’s the meaning?”
“You’ll know when I finish telling you the plot. Androcles was taken prisoner. The Romans didn’t believe in free speech or freedom of religion.”
“Poor lion, lost a nice owner.”
“The lion was taken prisoner, too. Lions were used in the coliseum to fight with the gladiators, sometimes they ate up Christians too, for enjoyment.”
“A gladiator at last!”
“Chance would have it that Androcles and the lion came face to face in combat.”
“No kidding! I bet the lion remembered Androcles and refused to fight.”
“Exactly! He purred like a kitty when he saw him. How did you guess?”
“Because in all the films I’ve seen, it’s the gladiator who does all the killing. I suppose the gladiator does away with both of them, right?”

No drama this week 🙂

Would you like to read some of this weeks’ other entries? Check them out here 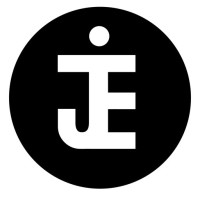 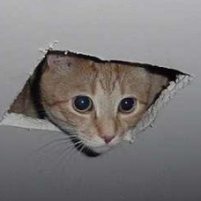 SLUSLO ART
It's All About Books