Twelfth Night at Eyre Hall is the second volume in the sequel to Jane Eyre. Some of the main characters in this novel also appeared in Charlotte Bronte’s original novel, nevertheless, I have moved them on 22 years. I have developed their characters, reinventing them at a later stage in their lives. Other characters are my own creation.

Characters of my own creation:

Jane Eyre. Jane is no longer a nineteen-year-old naïve and young girl. She is a mature woman in her early forties. She is involved in social work, mainly with orphans and parish schools. She writes novels, much like Charlotte Bronte did, and manages the Rochester estate. She had been married to Mr. Rochester for over 20 years, and had one son and several miscarriages. There were many ups and downs in the marriage, which ended with Edward Rochester’s death in book 1, All Hallows at Eyre Hall. The end of book one left Jane in a state of confusion, depression and physical illness. Her husband had died, she was blackmailed into marrying Mr. Mason, her husband’s brother-in-law, she suffered yet another miscarriage, and the man she thought she loved left her. She is gradually recovering her physical and mental stability.

Annette Mason. She was born in Thornfield Hall from an unknown father, while her mother, Bertha Mason, was married to Edward Rochester and locked in his attic. Her uncle, Richard Mason, took Annette back with him to Jamaica, where she was brought up in a convent, as an orphan, supervised by her uncle. Her uncle brought her back to England to claim her birthright when Mr. Rochester died (book 1). She is living at Eyre Hall as Jane’s ward.

John Rochester. He is Jane and Rochester’s son. He is headstrong, spoilt, and rich. He is in love with Annette, whom he believes is his cousin. He had accepted an arranged marriage of convenience, but his fiancée died, and now Jane is trying to convince him to marry her flirtatious younger sister, Phoebe. He is studying Law at Oxford.

Michael Kirkpatrick. In book 1, he was Jane’s faithful valet, but he left when she accepted Mr. Mason’s proposal, because he was in love with Jane. He joined the Royal Navy and is promoted to lieutenant by Captain Carrington. In book 2 he returns to Eyre Hall to help his sister, Susan, who also works for the Rochester family.

Captain Carrington is Michael’s captain on board the HMS Princess Helena. He is a father-figure to Michael, whose father was killed at sea when he was a child. He was captain to Admiral Fitzjames, who is married to Jane’s cousin, Diana.

Nell Rosset. Nell is a lively, young girl who is Jane’s companion throughout her illness. She reads to her and walks with her. Her mother, Jenny, is a seamstress at Eyre Hall and Mr. Mason’s mistress.

Adele Varens was Mr. Rochester’s ward. Jane Eyre was first employed at Thornfield Hall as her governess. Her mother, Céline Varens, was Mr. Rochester’s mistress in France, for a time. He always denied being her father. She was a spinster, who now has a widowed suitor, the poet, Mr. Greenwood. They have been living in Venice for the past year with Mr. Greenwood’s young son, Dante. Susan, Michael’s sister, has accompanied Adele as her maid and companion. Adele and Mr. Greenwood are soon to be married.

‘Young’ Dr. Carter is Dr. Carter’s son. He is an intelligent young man, who has taken over his father’s practice in the area, with modern ideas on medicine. He is living at Ferndean, a manor house on the Rochester Estate, with his mother.

Mrs. Leah is the housekeeper at Eyre Hall. She also worked at Thornfield Hall before Jane Eyre arrived. She is the only living person who knows everything about the Rochester family, including their secrets.

Simon and Beth are two loyal servants at Eyre Hall who are in a relationship.

Would you like to know anything else about any of these characters?

For those of you who have read book one or two, which is your favourite character, and why? 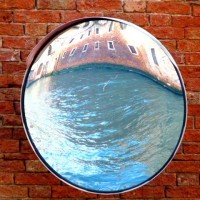 'just a nobody with a blog'

Be careful, I might convince you.. You are art.✨

Walk along with me