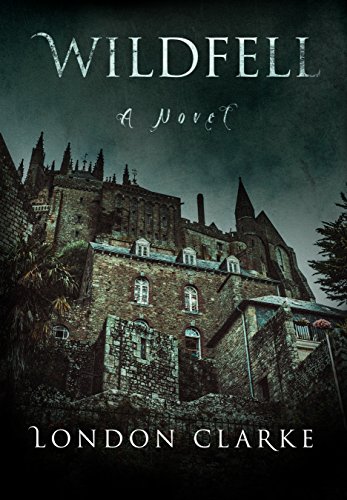 Running away isn’t always an escape…

Anne Fleming is running away…

An ill-fated relationship with her grad school professor drives Anne to check out of life. After disposing of all her possessions, Anne assumes a new identity and boards a plane. But a chance meeting on a London-bound flight leads her to Wildfell, a gothic mansion with a cast of strange characters and a long history of disappearances and deaths.

While living at Wildfell, Anne is plagued by voices, ghostly mists, and a mute girl with a sketchbook full of murders. She only remains because of her violent attraction to fellow inhabitant—gorgeous actor Bain Tierney. But when Wildfell tenants begin disappearing one by one, Anne must decide if she trusts Bain. Is anyone in the house who they claim to be? Or are there are other forces at work inside Wildfell? And will they ever let her leave?

Wildfell is on my kindle and I’ll be reviewing soon, but first a short interview with London.

What attracted you to the Gothic genre?

I was attracted to the gothic genre from a young age. When I think back to the first gothic novel I read, it was probably one by Victoria Holt given to me by my grandmother. My grandmother was a voracious reader, and I have to attribute my own love of reading and writing to her. I loved the creepy house set in some rainy, windswept setting. There was always a brooding, mysterious, yet breathtakingly handsome man with a dark past. He either turned out to be a good guy in disguise or a killer who deceives the heroine. The unpredictability of the stories riveted me. I still love the eerie settings, the potential for the supernatural, and the isolation of the settings.

I remember reading Victoria Holt as a teenager, too. In fact I still have ‘On the Night of the Seventh Moon’, first published in 1972! I also love novels with creepy houses!

How important are the supernatural elements in your novel?

I’m sure plenty of readers love ancient, haunted houses. I do!

Tell us something about your main character/s.

Anne, my main character, has lived a nontraditional life. She has no idea who her father is, and she’s grown up with a mother who hates men and has done her best to poison Anne against them. But instead of buying into her mother’s philosophies, Anne rebels and romanticizes men. Her impetus to run at the beginning of the novel is because her hopes of proving her mother wrong are crushed when she is betrayed by her graduate school professor—a man she thought she was in love with. By the time she arrives at Wildfell, she’s in crisis mode–confused, ashamed, and searching for a foothold as she emotionally freefalls. When she meets Bain, she’s immediately attracted to him, but he also furthers that confusion. She feels a little intimidated by him, can’t make him out, and doesn’t know if he’s friend or foe.

A mysterious love interest who could be on your side or against you, leads to intense suspense and romance…

What kind of reader would enjoy Wildfell?

A reader who enjoys a gothic setting with a creepy house (obviously), scary novels, and twisty mysteries. There is a strong thread of mystery to the story. Readers of Wendy Webb, Darcy Coates, or Laura Benedict will, I think, enjoy Wildfell for its elements of the supernatural. But there is probably more of a romantic angle than most horror fiction, so I’d like to think it will appeal to readers of romance and paranormal romance as well.

Sounds intriguing, paranormal, romance, suspense… I am so looking forward to reading!

I am working on a second gothic suspense novel with a vampire angle. This one will be the first book of a series set in Asheville, North Carolina. The working title is The Burning Thirst, but it will probably change. Currently, it’s scheduled to be released late this year.

I’m not too keen on vampires, but I could be persuaded if the plot is thick and the characters engaging!

Hmmm… Well, beyond the creepy stuff I’m truly a romantic at heart. I love to cry in a book or a movie, and I’m a huge fan of Jane Austen. I’m also an animal fanatic. I have two greyhounds that I love to distraction and I would have more, but my husband says two are enough (and it’s his house too). I’m also a bit of a wine connoisseur. At least, I like to think so.

I certainly hope you’re having a glass of vintage wine or champagne to celebrate your publication day!

Here is the universal link which leads to all buying venues for the book (Barnes and Noble, Kobo, iBooks, etc).

Obsessed with vampires and haunted houses from a young, London grew up reading gothic tales featuring romantic and tragic heroes like Wuthering Heights and Dracula. She considers herself a recovering runaway and confesses that she once moved to England in search of a man who was the perfect amalgamation of Dracula, Hamlet, Heathcliff, and Mr. Rochester. London graduated from George Mason University with a B.A. in Music and M.F.A in Creative Writing and has had an eclectic array of jobs including receptionist, legal secretary, literary assistant, high school English teacher, and freelance editor.

London lives in a Washington, DC suburb with her husband and two greyhounds. She’s happiest when she’s writing novels, reading books, or re-watching her favorite programs like The Vampire Diaries or Being Human.