Today I’m reviewing Then She Ran by Charlie Gallagher. 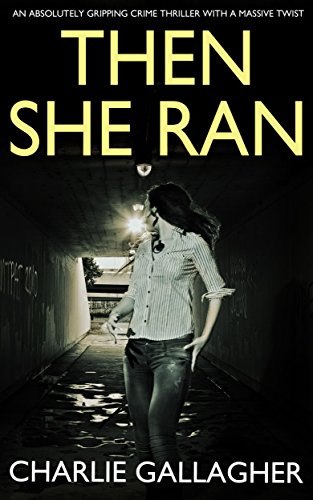 On a lazy Sunday morning, Jenny Harris is shaken awake by her panic-stricken boyfriend, Joseph. Their baby daughter lies asleep on her chest. ‘We’ve got to go!’ Joseph screams.

In their hotel room, Jenny hurriedly wraps her tiny baby up. All their belongings are left behind. There’s no time. Joseph’s panic is contagious.

Jenny sprints with her family from the hotel. And it’s clear that they are being chased. Their pursuers are indiscriminate and they are deadly.

Her boyfriend falls, caught up in the carnage, but he manages to give her one last message: ‘RUN!’

I came across this novel by chance on Amazon. I looked inside because of the blurb and downloaded it after the first paragraph. In fact, it gripped me from the very first line: ‘Jenny, honey, we’ve got to go now!’

Jenny has no idea who wants to kill her or why. Her several escapes and near death experiences are realistic and thrilling.

On the other hand we will be following the police investigation, which in spite of some important blunders, is meticulously and realistically carried out.

I enjoyed the insight to police procedure and to the points where it crossed personal boundaries, and the people involved in the crimes became of real personal interest to the investigators, especially PI George Elms, a complex, clever man, who makes up for his errors (he’s only human) with dedication and resourcefulness.

The characters were fully fleshed to the point that I could see them, understand how they felt and sympathise with their actions.

The plot was perfect. Two separate crimes, both seemingly unrelated and inexplicable, gradually merge and everything starts making sense.

I enjoy reading realistic, cleverly plotted crime stories, like Then She Ran, where all the threads are plausibly and cleverly tied up at the end.

It’s a bit like a happy ever after romance, although there is no romance in this novel, and yet there is a great deal of love, real, unrequited, misdirected and tragic.

He knows what he’s writing about, because he’s been working with UK police force, and his first hand knowledge and understanding of police procedure and human nature come across in this novel.

Especially for readers who love well-plotted and exciting and realistic police procedural fiction.

I will definitely be reading more novels by this author. 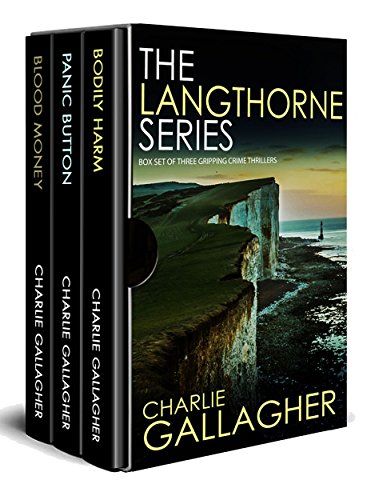 More books in the series I look forward to reading.

Then She Ran was published in April 2018 and it already has almost 100 reviews 4.3 average on Amazon UK and it’s currently Number 1 Bestseller on Amazon.com for Heist Thrillers. Great detective fiction. Hours of excitement and entertainment guaranteed, and you can buy it for well under the price of a coffee!