Over the past months I’ve been reading a great number of motivational and inspiring books on the topic of personal growth. I’ve also been listening to podcasts and watching videos on YouTube. This interest has sprung from a combination of factors as I’ve recently reached a few significant milestones in my life; I retired and turned sixty and I have five grandchildren between the ages of three months and nine years. I am concerned with aging, health, and emotional wellbeing, as well as my children and grandchildren’s future challenges. I have more time to reflect and more things to reflect on, so I’ve found these books, podcasts and videos very helpful, especially in these uncertain and volatile times in which nothing can be taken for granted. I’ll be sharing my thoughts with you on Mondays.

This Monday I’m sharing my experience of reading The Seven Spiritual Laws to Success by Dr Deepak Chopra.

Dr Chopra was born in Delhi, India, in 1947, where he studied medicine. He started his medical carreer in traditional medicine in Boston, in 1970 where he later became chief of medicine at New England Memorial Hospital. However, over the years he began to see the limitations of western medicine and in the 1990s he turned to a more holistic approach to the health and wellbeing. He moved to California and set up the Chopra Center for Well Being.

I still have my copy of ‘Creating Health‘ which I bought and read in 1999, when I was a stressed, working mother of three teenagers, approaching midlife. This book, which I’ve since reread several times, helped me understand the mind-body connection, and specifically the healing power of the mind, at a time when I needed to reconnect with myself.

Creating Health is a great introduction to his philosophy of life and healing, which is relatively easy to understand, although I warn you, Dr Chopra is brief and intense in the way he communicates his thoughts, but every word is worth the intellectual and emotional effort, because every one is life changing.

Dr. Chopra has written over eighty books and I’d like to tell you about one of his latest publications, The Seven Spiritual Laws of Success. It is short book of about 120 pages which takes less than two hours to listen to as an audio book, but again, I warn you, it is so intense, his ideas are so condensed and precise that you will need to listen to each chapter several times, at least I did! And not only will you listen to each chapter more than once, you will also have to think about, digest and apply what he says to yourself, which is an ongoing and life changing process.

Readers need the time, patience and right frame of mind for such profound introspection. I’m glad I’ve read it when I had read his previous work and when I was mentally prepared to try to embrace his proposals and improve my emotional and phyical wellbeing. 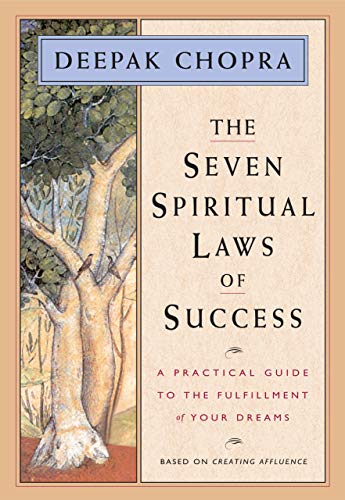 Dr Chopra defines success as ‘the constant expansion of happiness and the progressive realization of useful goals’. He proposes a more spiritual approach to success and abandance, which he describes as ‘a great movement of all good things towards us’.

The seven laws he proposes which lead to harmony with the universe and the creation of success in its material, physical and emotional forms are; The Law of Potentiality, Giving and Recieivng, Karma or Cause and Effect, Least Effort, Intention and Desire, Detachment and finally the Law of Dharma.

There is no way I’m even going to try to summarise any of these, it’s something each one of us has to do personally, and I’m sure they will have different meanings and interpretations in each one of us. But what will happen to everyone who reads is that we will find a new meaning to life.

Here’s one of his meditations where you can glimpse what his philosophy is about.

Meditation is a vital part of his proposals and I’m convinced that if I were able to harness the power of meditation more efficiently my wellbeing would improve, and the that’s the reason why I have his latest book on my kindle, which was published last month, Total Meditation. I’ll tell you about it in the coming weeks. 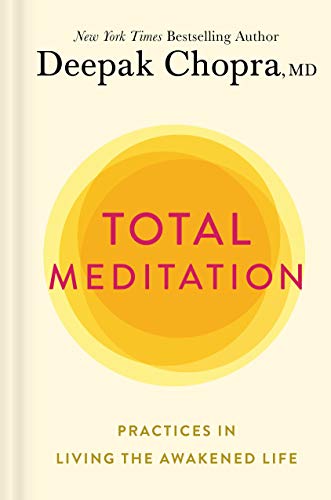 Check out Deepak Chopra’s YouTube Channel where you can listen to his teachings, philosophy and meditations.

Image by Jill Wellington on Pixabay