This is a short and intense first person account of C S Lewis’s (1898-1963) emotional journey as a result of his beloved wife’s death. Lewis was a British writer, best known for The Chronicles of Narnia, who was professor of English literature at both Oxford and Cambridge University. 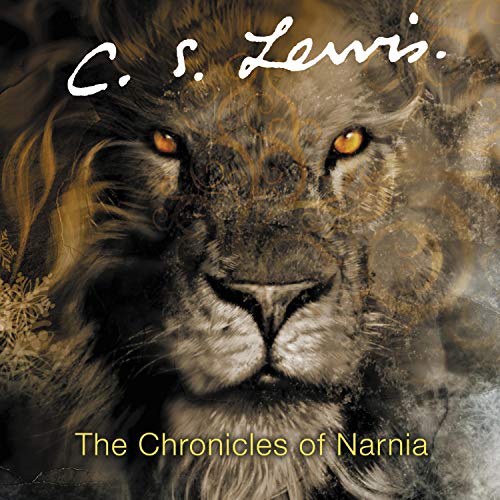 Written after his wife’s tragic death as a way of surviving the “mad midnight moments”, A Grief Observed is C.S. Lewis’s honest reflection on the fundamental issues of life, death, and faith in the midst of loss. This work contains his concise, genuine reflections on that period: “Nothing will shake a man, or at any rate a man like me, out of his merely verbal thinking and his merely notional beliefs. He has to be knocked silly before he comes to his senses. Only torture will bring out the truth. Only under torture does he discover it himself.”

This is a beautiful and unflinchingly honest record of how even a stalwart believer can lose all sense of meaning in the universe, and how he can gradually regain his bearings.

A Grief Observed is a heartfelt memoir of the loss of his wife. It is the agonising experience of death as told by a highly intelligent, devout Catholic, who was also very much in love with his wife at her death. Lewis lays out his bare feelings honestly and poignantly.  This is the first paragraph:

No one ever told me that grief felt so like fear. I am not afraid, but the sensation is like being afraid. The same fluttering in the stomach, the same restlessness, the yawning. I keep on swallowing.

He then tries to make sense or accept her death from a religious point of view:

Meanwhile, where is God? This is one of the most disquieting symptoms. When you are happy, so happy that you have no sense of needing Him, so happy that you are tempted to feel His claims upon you as an interruption, if you remember yourself and turn to Him with gratitude and praise, you will be—or so it feels—welcomed with open arms. But go to Him when your need is desperate, when all other help is vain, and what do you find? A door slammed in your face and a sound of bolting and double bolting on the inside. After that, silence.

His wife had cancer and she knew she was dying, and they had discussed it before it happened, but once she was gone, he learns that no amount of prior discussion prepares you for the death of the person you love. He is plagued with the uncertainty of her whereabouts after death, as he tries to rationalise his religious beliefs and the reality and pain of her loss:

‘Where is she now?’ That is, in what place is she at the present time? But if H. is not a body—and the body I loved is certainly no longer she—she is in no place at all. And ‘the present time’ is a date or point in our time series.

Finally, he tells us she had come to terms with her own death at least there is some hope in the ending. These are the last lines:

How wicked it would be, if we could, to call the dead back! She said not to me but to the chaplain, ‘I am at peace with God.’ She smiled, but not at me. Poi si tornò all’ eterna fontana.

The last words, Poi si torno all eterna fontana, mean “And then she returned to the Eternal Fount,” which were the last words of Dante’s Divine Comedy, when Beatrice returns to heaven.

Nevertheless, it is the living who find no consolation. 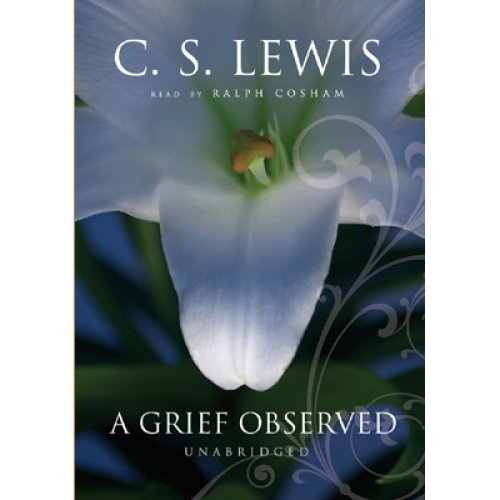 I listened to it twice on Audible brilliantly read by Ralf Cosham  and also read the kindle version.

It is not an easy book to listen to, but I believe it could be very helpful for anyone who is working their way through grief because Lewis expresses his grief honestly and eloquently. And people who are suffering loss often cannot find words to express their pain, which leads to a sense of helplessness. If we can out our pain into words thereby verbalising our pain it will be easier to understand and gradually overcome the grief, and as I said in yesterday’s post on ‘6 Ways to Recover from Grief’, we have to walk through the stages of grief, and move forward until the love we feel when we remember is greater than the pain we feel for the loss. 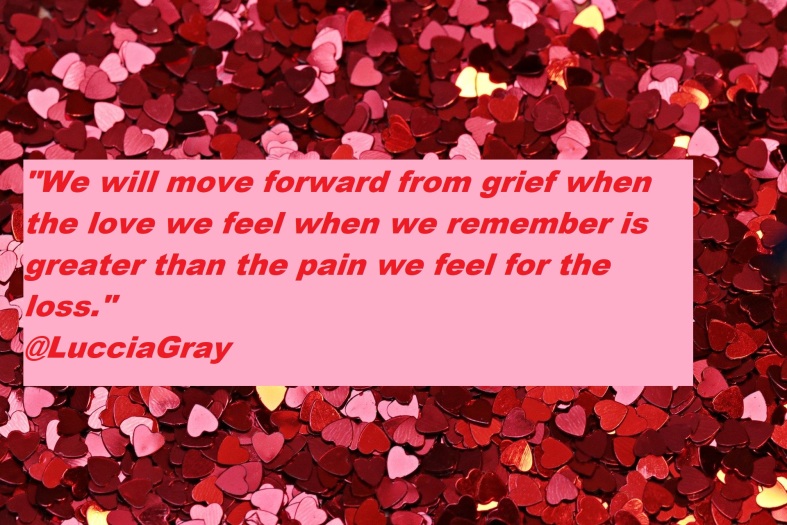 A Grief Observed is not for everyone, I warn you it is raw and devastating, but it has 2,500 reviews and 80% are five stars written by people who found the book helpful for their own grieving process.

His wife was the American poet Joy Davidman

I’ve just discovered this fictionalised account of their relationship and marriage, which is now on my TBR list.