Although many people think Halloween is a modern, commercial invention, it is in fact one of the most ancient, mysterious, and persistent traditions in the British Isles, which has naturally undergone many changes through the ages, and spread to other parts of the world. 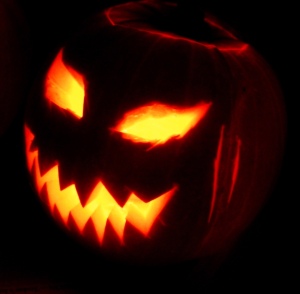 The Celts, who are believed to have originated in central Europe, probably around present-day Austria, eventually inhabited most of central and Western Europe, including the British Isles.

The Celts observed only two seasons of the year: summer and winter. Samhain was an important day, because the 31st of October was the last day of summer, and 1st of November marked the first day of winter. Therefore midnight of 31st the Celts celebrated the transition between these seasons.

The Celtic people gathered on the 31st of October to sacrifice animals, fruits, and vegetables to their gods, in return for a prosperous winter.

Samhein was considered the most magical night of the year, for the purposes of divination, concerning marriage, health, and luck. The souls of the dead were also allowed to revisit their homes. Some of these deceased visitors could have more sinister objectives, so tales of ghosts, witches, and evil spirits roaming the streets, were common. Consequently, they lit bonfires in honor of the dead, to aid them on their journey, and wore disguises and masks to fool the spirits into passing them by, and keep them away from the living.

The Celts retained their festivities throughout the expansion of the Roman Empire in the first century. In fact, the Romans also had a similar festivity called ‘Feralia’, in late October, when they also commemorated the passing of the dead. 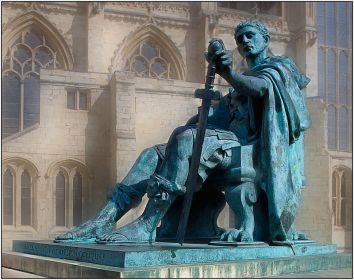 Bronze Statue of Constantine the Great in York

When Christianity reached Britain, by the third century of the Christian era, the Roman Emperor Constantine, who had embraced Christianity, albeit probably for political purposes, in order to consolidate his rule, incorporated the Pagan holidays and festivals into the church rituals thus attracting the Pagans, but he gave the holidays and festivals new Christian names and identities, thereby appeasing the Christians.

This is how Samhain, the most important pagan festival, became the day of the most sacred: the hallowed. This word is found in the second line of the Christian Lord’s Prayer or Our Father: ‘Our father who art in heaven, hallowed be they name’.

All Hallows, which came to be known as All Saints’ Day, was celebrated on 1st of November, and was preceded by All Hallows Eve, on 31st of October.

Eves, or the nights before important religious celebrations, were important for the Christian church, because they were the day of preparation for the great Holy day which was to come. The preparation was sometimes fasting, or praying, or making other preparations for the day of worship. 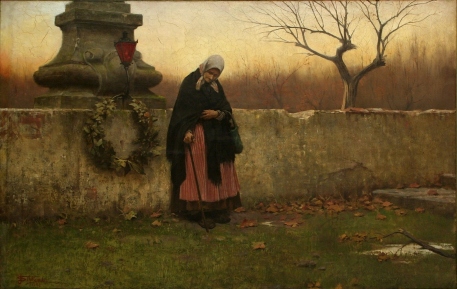 All Souls’ Day, J Schikaneder 1888. This oil painting shows an elderly woman after placing a wreath upon the tombstone of her loved one.

By the 10th century, November 2nd had officially become All Souls Day, in commemoration for the rest of the dead. So, Samhain became a three-day festival in Christian renderings called Allhallowtide, or the Hallowmas season, which refers to the three days of the Western Christian observances of All Hallows’ Eve (Hallowe’en), All Saints’ Day (All Hallows’) and All Souls’ Day, between October 31 and November 2nd. As from 1605, the 4th of November was added to the festivities, as Bonfire Night, prolonging the festivities over a five-day period, but that will be the subject of another post. 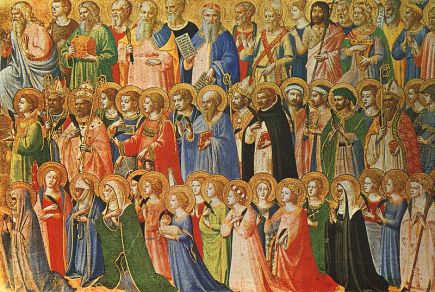 The Christian Church replaced sacrifices by honoring the dead with prayers and religious rituals. Food and wine offerings were replaced with soul cakes, little square buns decorated with currants. The cakes were given away to the village poor, who in turn would pray for the dead. These ‘Soulers’, generally poor people, would walk about begging for cakes. Those who feared dead spirits were encouraged to give generously.

The Christian Church also allowed masquerading but emphasized that it was to honor dead saints and not to frighten off spirits. Over time, young men and boys, who went from home to home singing “souling songs” in exchange for ale and food, which evolved into contemporary trick-or-treating by youngsters. Hearth fires replaced the Celtic bonfires, and parlor divination games replaced oracular rites. The customs of wearing masked costumes and begging for food also continued. 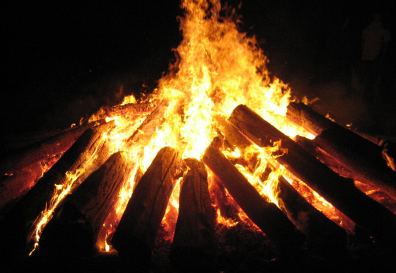 All Hallows was a time of contradictions. On the one hand, it marked the end of the farmer’s year, and the imminent arrival of cold, gloomy, winter days, but on the other hand, larders were full, flocks sheltered, so there was enough food to share, and there was less work to be done in the fields, so there was time for more pleasure. The long, dark, winter days, associated with death and sadness, would last until the spring, so this holiday was considered the last days of merrymaking and plenty. 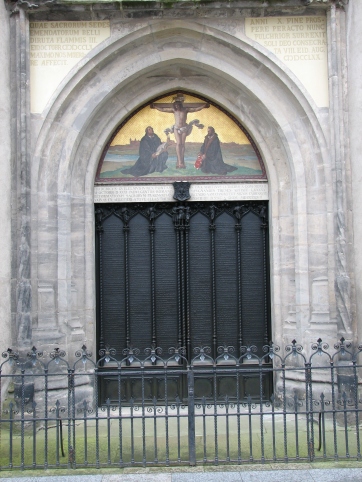 Although Martin Luther nailed his reformation proclamation to the door of the church of All Saints at Wittenberg on October 31st, because he knew that the townspeople would be attending services that night, and despite the fact that the Protestant movement dropped the observances of All Saints’ Day, All Hallow’s Eve practices continued.

In the United States, it was not until the Irish arrived, as a result of the potato famines of the 1820s and 1840s, that Halloween became more established in American folklore. 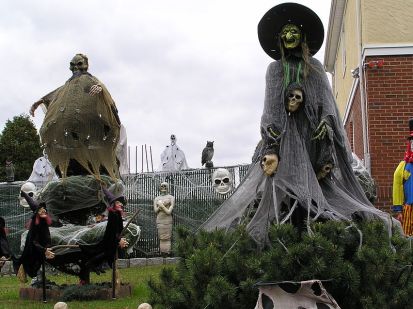 In the 19th century, on both sides of the Atlantic, Halloween was an enjoyable festivity for the whole family, with parties in celebration of the annual harvest rites, including games, dancing, and telling of ghost stories. It was also an important day for matchmaking, and many of the divinations were aimed at discovering ‘true love’. The Halloween custom of carrying lanterns made out of hollowed-out turnips or beets, called Jack o’ Lanterns, which were used to scare away spirits in the night, were substituted in America by pumpkins. In the 20th century, after World War II, it became a big social event for children and young people.

All Hallows is not mentioned in Jane Eyre, although there are allusions to Guy Fawkes, and Bonfire Night, which I will be discussing shortly, in another post.

However, the sequel to Jane Eyre which I have written, All Hallows at Eyre Hall, takes place between 29th October and the second week of November, 1865. Halloween celebrations take place at Eyre Hall itself, and at the nearby inn and ale house, The Rochester Arms. I purposefully chose this misty, damp, and chilly time of year for the novel, because the supernatural and mysterious atmosphere of Halloween enhances the magical, gothic atmosphere of Eyre Hall.

Tomorrow’s post will discuss the Halloween celebrations and customs portrayed in All Hallows at Eyre Hall, and it will also include a short extract from the novel.

24 thoughts on “The Truth about Halloween: Origin, Symbolism, and Evolution of a Timeless Festival” 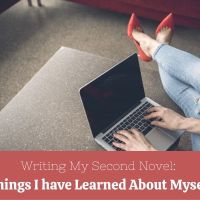 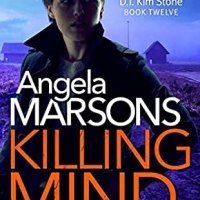 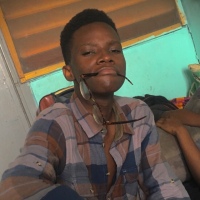 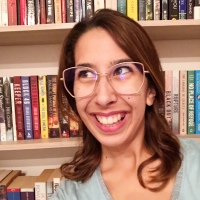 Why Evolution Is True
Глючный Маркович
It's All About Books