Advent: The beginning of Christmastide.

Yesterday was Twelfth Night and today is The Day of the Magi or the Epiphany in Christian religion and culture. 6th January marks the end of Christmastide, which began with Advent, on the fourth Sunday before Christmas Day, November 30th. Advent, which ended on December 21st, marks a time of preparation for Christmas, and ‘the coming’ of the baby Jesus.

During Advent, common practices include keeping an Advent calendar, lighting an Advent wreath, and setting up the Christmas decorations.

The Twelve Days of Christmas

The Twelve Days of Christmas began after Advent, on the 25th December, and finished yesterday, 5th January, on Twelfth Night.

Twelfth Night has often included feasting along with the removal of Christmas decorations. Many European celebrations of Twelfth Night and The Epiphany include baking and eating  a special cake to celebrate the visit of the Three Wise Men or Magi.

In Spain it’s the most important holiday of the year especially for children, because they open their presents brought by the Magi on this day. It’s also the day all the Christmas decoration should be removed and packed for next year.

For more information on the Twelve Days of Christmas, including the carol of the same name see this post.

Many of the pagan festivals were Christianised by the Emperor Constantin, in the fourth century AD, as I mentioned in a previous post on Halloween, and Christmas is no exception.

Saturnalia was an ancient Roman festival in honor of the God Saturn, held on the 17th of December, although the festivities continued through to the 23rd of December. The holiday was celebrated with a sacrifice at the Temple of Saturn, and a public banquet, followed by private gift-giving, continual partying, and a festive atmosphere leading up to the winter solstice.

Shortly after Saturnalia, the Romans celebrated the renewal of light and the coming of the New Year, called Dies Natalis Sol Invictus, or the birthday of the Unconquerable Sun, on December 25. It is believed that this is the reason why Christmas is celebrated on this day.

Merrymaking and Role-reversals were popular activities carried out at the time. Slaves were treated to a banquet of the kind usually enjoyed by their masters.

For more information on the pagan origins of Christmas see The Golden Bough, A Study in Magic and Religion by Sir James George Frazer

The Lord of Misrule

During the Tudor period, the Lord of Misrule, also called Abbot Of Misrule, or King Of Misrule, was a person who was specially appointed to manage the Christmas festivities held at court, in the houses of great noblemen, in the law schools of the Inns of Court, and in many of the colleges at the universities of Cambridge and Oxford. During his reign, which lasted anywhere from 12 days to 3 months, the Lord of Misrule was responsible for arranging Christmas entertainment which included masques, processions, plays, and feasts.

Although this was a British custom, the appointment of a Lord of Misrule comes from antiquity. In ancient Rome, from the 17th to the 23rd of December, a Lord of Misrule was appointed for the feast of Saturnalia.  The Lord of Misrule presided over the festivities having the power to command anyone to do anything during the holiday period.

Twelfth Night is the ultimate celebration of Christmas merrymaking and revelry. It is a romantic comedy which, unlike other plays, includes various musical interludes. The irrational world of the inhabitants of Illyria, including role reversals, mistaken identities, deception, disguises, madness, illusions, and the folly love causes, are the themes of the play.

The first performance may have been at Whitehall Palace, the main residence of the English Monarchs from 1530 until 1698, on 6th January, 1601 for Queen Elizabeth I.

There is a wonderful version on YouTube directed by Kenneth Branagh.

There is a great article called Twelfth Night: a day for literary epiphanies in today’s Guardian written by Moira Redmond, with more information on literary mentions of this timeless festivity.

The idea that we have been celebrating Christmas for millennia, albeit with different traditions, beliefs, and names, is a comforting thought. The idea that we live in a mythical timeless universe in which ‘sacred time’ is always ‘present’, to loosely paraphrase Mircea Eliade, makes me feel part of this ‘sacred eternity’.

On the other hand, I always feel melancholic after the Christmas season. Now that all the decorations have been taken down, and the eating, drinking and merrymaking is over, life seems to return to its previous routine, except nothing is the same. At least there is an illusion that we have moved forward with New Year’s Resolutions, hopes, fears, and challenges which await us.

My main challenge for the coming months, is publishing the POD version of  All Hallows at Eyre Hall, and the completion of the sequel called Twelfth Night at Eyre Hall, which naturally includes many of the themes discussed in this post, as much of the action takes place during these festivities. There will be plenty of deception, some disguise, role reversal, merrymaking, and of course, love will lead to folly, once more…

I hope you all have the strength and enthusiasm to make your dreams come true in this coming year! 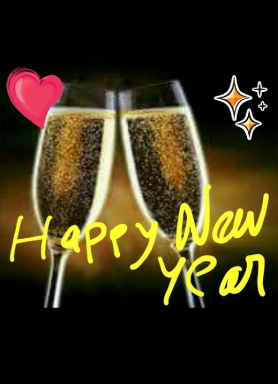 11 thoughts on “6th January: The Epiphany and the end of Christmastide.”