There are six days to go to the launch of Book 3, Midsummer at Eyre Hall, on the 21st of June, and I’m aiming to write a post a day about my writing process to celebrate my achievement. 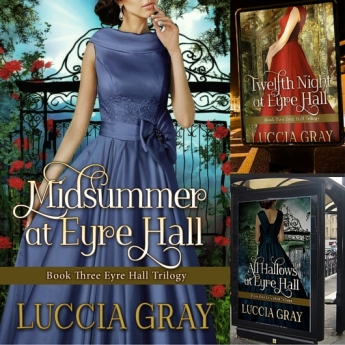 This means I need visual input to learn, understand and interact meaningfully with my environment.

As a learner, it means I need to see and/or make charts, images, diagrams, mind maps, videos, etc. to fully understand what I’m learning.

As a reader, it means that if the writer doesn’t show me where I am and what and who I’m seeing, I can’t relate to the novel, which is probably why I love the detail and atmosphere conveyed in Victorian novels. However, this doesn’t have to be wordy. Think of poetry; just a few words can express complex feelings and situations.

As a writer it means I need to see images in my mind of who and what I’m writing about, before I write, and it’s why I want my reader to be there with me, inside the characters’ shoes and looking around through their eyes.

These mental images can be based on memories, or something I can see, either physically or virtually, but I need that trigger. 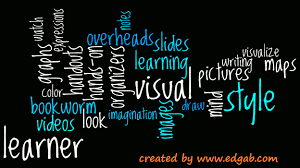 For example, I need to see Eyre Hall before I can imagine anything happening there. I also need to see my characters: their clothes, hairstyles, accessories, mannerisms, etc. before I can hear them speak or watch them interact.

This visualisation stage happens in my mind’s eye, sometimes consciously as I take a walk, sit and think, or unconsciously when I dream.

It is the starting point of all my scenes. I’ve seen it all before I write it down.

I call this the summoning or activating stage, where I’m thinking scenes through, like a chess game. I purposefully think about my characters and location. I see what the characters are doing, where they are and what they are saying like film shots. I rewind, repeat, change, until I’m comfortable with the scene.

I can’t start writing until I’m satisfied with the scene I’ve seem.

Sometimes my imagination isn’t enough to visualise what I want to see, and I need to see photographs and paintings, of people, places and objects related to my scene, because if I don’t ‘see’ it, I can’t conjure it, and I can’t write my scene.

For example, I was having trouble writing about the sea scenes in Twelfth Night at Eyre Hall. I saw plenty of pictures about naval battles and storms, but I needed to get inside the ship, before I could hear Michael and Captain Carrington speaking in the Captain’s cabin, and I couldn’t see the room at all.

Quite by chance, I went to Madrid for a weekend in March 2015, and decided to look into war museums, and I discovered that there was a fabulous Naval Museum, which is very close to the Prado Museum, where I spent an unforgettable afternoon. I was lucky enough to take part in an enlightening guided tour of naval history from Columbus to the present, using the museum exhibits.

There was one exhibit which mesmerised me and enabled me to write the scene I mentioned; an exact replica of a captain’s cabin in a 19th century frigate. It struck me powerfully how grand it was. The polished wooden walls and furniture, rich carpets, drinks cabinets, paintings, upholstered chairs, which were in stark contrast to the rest of the rooms on board.

That visit was like magic. On the two-hour train ride back home, I jotted down all my ideas for the scene, and when I returned, I sat on my computer and it happened. But more about how the actual writing process tomorrow.

Are you a visual thinker?

Here’s an excerpt of one of the scenes on the ship in the first part of Twelfth Night at Eyre Hall.

Captain Carrington looked up from his desk and waved a hand towards the chair facing him, and then busied himself with some papers, seeming to ignore my presence.

It was rumoured that he had spent so long waiting for a captain’s commission, that his hair had turned white and his skin grey. His face was dented with deep ridges that cut his hollow cheeks, and his head and stomach were unusually large compared to his scrawny limbs. I wondered how he had become so overweight with the meagre portions we ate while at sea.

He folded a document, which looked like a letter, and then stared at me before speaking at last. “Why are you here, Midshipman Kirkpatrick?”

“I wanted to be in the navy, like my father, sir.” I had said the words so often I had convinced myself they were true.

“Who are you running away from?”

I took a few seconds to reply to his unexpected question. “I have never run away from any man, sir.”

“I can believe that.”

His eyes dug into mine, once again. “Cold blood. Determination. I’ve seen you kill without a second thought, when you needed to.”

The crew were mostly decent, self–respecting men, who worked hard and obeyed the regulations. However, there had been a few blackguards of the worst sort, tough, merciless men who stole rum and provisions, slept on guard, and increased the workload of the rest of the crew. Many of them had served their time in prison, where they should have remained. A group of such criminals had provoked a mutiny threatening the captain’s life shortly before our arrival in Jamaica. In spite of being flogged for not joining their criminal uprising, I managed to escape with the help of a few brave and loyal sailors and suppressed the rebellion by slaying the scoundrels.

“I’m prepared to do what is necessary for my ship and the crew, sir.” I was relieved that the conversation had returned to professional matters.

“Then it’s a woman you are running away from.” He smiled wryly, and I knew there was no point in denying it. I could not imagine how he knew, because we had never spoken about personal matters. “Not a woman, sir. A very special lady.”

“They are all special to someone, my boy. Beyond your station, perhaps? Her family didn’t think you were good enough, did they?”

“So you came here to fix that, did you? To prove that you’re worthy of the damsel?”

“I came to forget.” I had not spoken to anyone about Jane since I left Eyre Hall and it was more painful than I had imagined.

“Of course, to forget.” He nodded mockingly, pressed his fingers on the mahogany desk and raised himself up painfully, swearing as he limped around the cabin. He stopped behind me, breathing down my neck. “But you can’t, can you? She is in your thoughts, under your skin, inside your blood, and you cannot pull her out. You smell her before you fall asleep and touch her in your dreams, don’t you?”

I was relieved that he stood behind me. I needed time to compose myself. How could he know how I felt if I did not understand my feelings myself?

“And when you wake up, your whole body misses her, and your heart aches to hear her voice, you long to look into her eyes, preferably looking up to you from beneath.” I felt his hand on my shoulder. “Am I right, Kirkpatrick?”

I was silent, containing my breathing. How could he know?

He returned to his seat, staring at me again. “And if you were to return as a commissioned officer, as a lieutenant. Would that make it easier to convince her father?”

“Interesting, no father.” He shuffled the papers on his desk then looked up. “Is that why you’ve been trying to get yourself killed almost every day since we set sail six months ago, Lieutenant?”

“You’re a dangerous and valuable man who can kill with one hand and plan the mathematical coordinates of the ship with the other. Your father would have been proud of you, and, one day, so will your beloved’s family.”

“Thank you, sir, for your concern, but I’m afraid not, sir. The lady is out of the question.”

“Then you’ll have to replace her.”

“Admirable self–control and loyalty. I presume she must be married?”

“She is beyond my reach, sir.”

“You were a valet at a country estate before enlisting, am I right?”

“I don’t think a young maid would have made you flee, or rejected you, and seeing the ambition and astuteness in your eyes, I added two and two, and realised it must have been the mistress of the house, or her daughter. Which was it?”

Did I manage to bring you into the captain’s cabin? Did you see the characters? Are you intrigued?

4 thoughts on “6 Days to Launch Midsummer at Eyre Hall. Writing Stage One: Visualisation”