I’m thrilled to continue my AtoZ Blogging challenge with another of my favourite writers, J. P. Delaney, who I have just discovered is not a woman! I don’t know why, probably due to the use of initials, I assumed the writer was a woman, but I’ve just discovered on his Facebook page, that J. P. Delaney is a pseudonym and that he is in fact this man:

He has published two brilliant psychological thrillers, The Girl Before and Believe Me, and I’ve listened to them both on Audible. His third novel as J P Delaney (I’m not sure if he has other novels with another pseudonym), The Perfect Wife, which will be out in August 2019, is in my wish list. 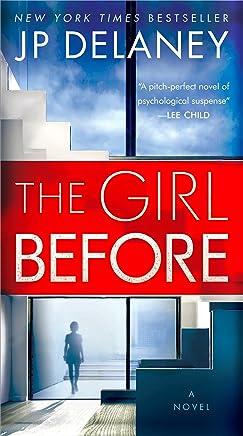 When I reviewed The Girl Before, in July 2017, a few months after it was released on Audible, I called it a masterpiece.

The Girl Before is the story of a very special house and its successive occupants. The author gradually builds an intense plot which is claustrophobic in its obsession to tell the story of the house at number 1 Folger Street, which will soon become a fictional landmark, like Satis House or Manderlay, and I don’t say that lightly, both Dickens and du Maurier are two of my most respected authors. In fact, I think ‘One Folger Street’ would have been a perfect name for the book!

I’m glad I chose to spend my monthly credit to listen to the audio version, which was fabulously read by three different readers. 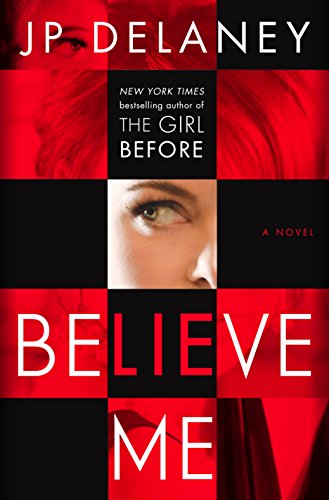 Believe Me is another 5-star read or rather, listen.

Again, nothing is what it seems and nobody is who they appear to be, and yet finally everything is exactly as expected, falling into place, with a nerve-wracking, yet satisfactory ending.

There was so much to enjoy in this novel, especially the constant references to Baudelaire and his work, Les Fleurs du Mal, as well as references to acting techniques, and personality disorders.

I highly recommend the audiobook version because of the excellent, multiple (5) audio narrators, and because there are some scenes in the novel, which are written as a screenplay, so the narrators vividly bring it to life.

Believe Me is undoubtedly the best audiobook production I’ve ever listened to, and I’ve heard plenty in the last two years.