There are three days to go to the launch of Book 3, Midsummer at Eyre Hall, on the 21st of June, and I’m aiming to write a post a day about my writing process to celebrate my achievement.

Day three is all about Intertextuality.

Intertextuality is a literary device which creates interrelationship between two or more texts.

The term was coined by Julia Kristeva in the 1960s and has been widely used by poststructuralist and postmodern literary scholars.

The most frequent form is when one book refers to another book’s characters, plot, or scenes.

This reference can be simple or complex. The simple form may reference the title, or a famous character. The complex form may adapt a complete storyline or various characters from another book.

It can be an accidental, subconscious, casual, or deliberate endeavour. It can also be explicit or obvious or implicit, so the reader or scholar will need to delve into the text.

The simple form of intertextuality is employed by most writers. Charlotte Bronte mentions Gulliver’s Travels, The Bible, among other texts in Jane Eyre, for example.

I mention Victorian writers, their works and their characters throughout my trilogy. Some examples are, Wilkie Collins, Charles Dickens, Dr. Watson from Sherlock Holmes by Conan Doyle, Mary Wollstonecraft, and Emily Bronte, among others.

The complex form of intertextuality in The Eyre Hall Trilogy includes the use of many characters and back story from both Jane Eyre and Wide Sargasso Sea. 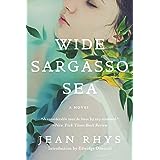 On the other hand the plots and most of the characters in the three novels which make up the trilogy are my own.

Intertextuality can be carried out using any or several of the following literary devices: allusion, quotation, parody, paraphrase, mimesis, expansion, transfer, among others.

The Eyre Hall Trilogy makes use of all of them, there are direct allusions to other works, including quotations. Some of the original characters are parodied. Events which took place in Jane Eyre are paraphrased as back story for the reader. I have also attempted to emulate the literary style, although I have adapted it for a modern audience. The original work is expanded and many events and characters have been transferred.

Many writers borrow ideas from the works they have read. Scholars call this literary sources, and all authors from Shakespeare to Joyce have done so in their works. It’s nothing new, and nothing to be ashamed of.

I wrote another post on sequels, prequels, reinterpretations, rewritings and writing back which explains my intentions in writing a sequel to Jane Eyre.

I also wrote a post on why Jane Eyre needs a sequel on author Shani Struther’s blog earlier this year.

There are plenty of examples of writers using this literary. James Joyce retold The Odyssey in Ulysses. Tom Stoppard’s Rosencrantz and Guildenstern are dead, is based on two characters from Hamlet. Wide Sargasso Sea by Jean Rhys is based on Bertha Mason’s story from Jane Eyre.

The purpose is to modify the readers’ understanding of the primary text by adding another perspective or layer of meaning to the original text leading to a reinterpretation of both texts.

My main aim in writing The Eyre Hall Trilogy was to invite the readers to rethink their opinions of Mr, Rochester, and expose Rochester as the tyrant he was and reinstate his victim, Bertha Mason.

Another aim was to honour the Victorian writers whom I consider my literary Masters, by referencing their works for contemporary readers.

Few readers have never read Jane Eyre or seen a film or television series based on this novel. Most of those who have never done so directly, have heard the story of the poor governess who falls in love with the owner of the house and discovers that his mad wife is locked in his attic.

For those few who have absolutely no idea of who Jane Eyre was, there’s plenty of back story in book 1, All Hallows at Eyre Hall, to help fill in the blanks.

3 thoughts on “3 Days to Launch Midsummer at Eyre Hall. My Writing Process: Intertextuality”