Seven years ago, in 2013, I started writing The Eyre Hall trilogy, which took me four years to complete. Book One, All Hallows at Eyre Hall takes up the story of Jane Eyre twenty-two years after her marriage, while Rochester is on his deathbed, and we find out what has been happening at Eyre Hall, the house Jane Eyre built, after Thornfield Hall burnt down.

When I first read Jane Eyre, I was fascinated by Jane’s character and fortitude. She was an orphan who grew up in a hostile family, with her cruel Aunt Reed and her spiteful cousins.

Jane later survived physical and emotional hardships, such as sickness, malnutrition, and humiliation, at Lowood Institution, yet she was determined and intelligent enough to eventually become a teacher there.

At eighteen, she decided she had outgrown Lowood. She wanted to see the world, but she was still a poor orphan, and yet she had the resoluteness and optimism to apply for a job as a governess in order to gain further independence. 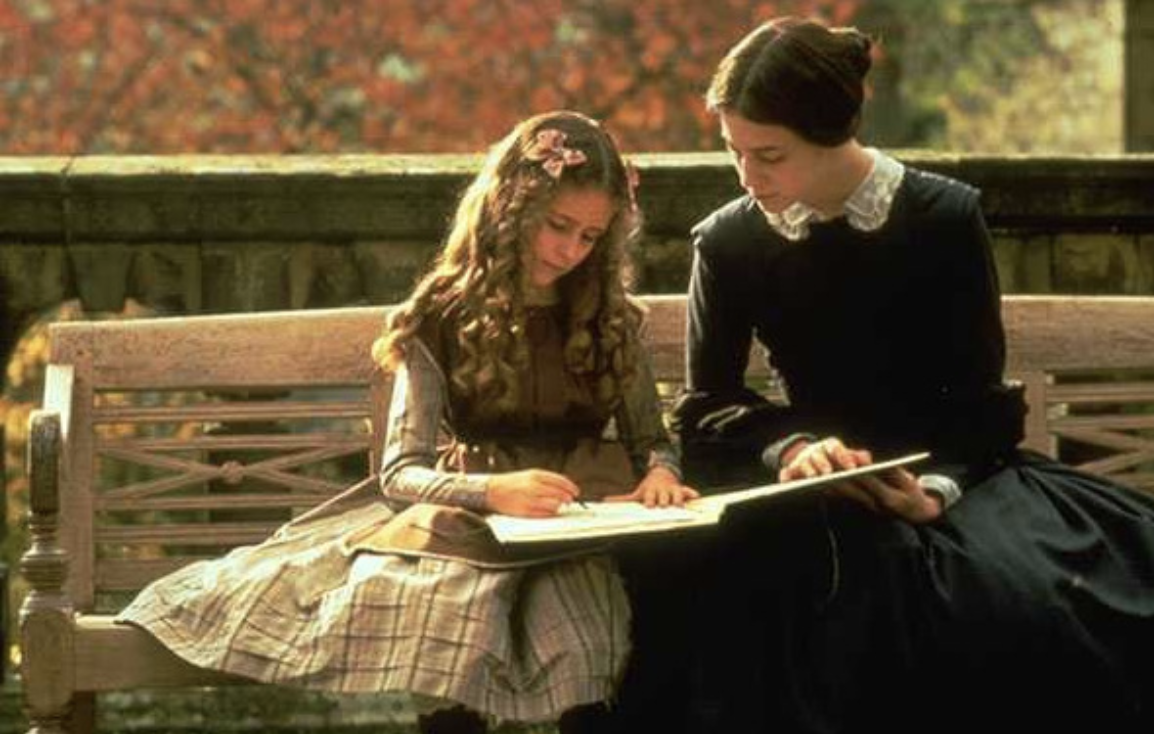 I was naturally overjoyed when her life improved and she, seemingly, found true love in Mr. Rochester, and I was devastated to learn that not only was he already married, but that he had imprisoned his, supposedly, mad wife in his windowless attic at Thornfield Hall, in the care of the drunken Grace Poole.

Jane’s hardships started anew. In chapter XXVII, after the interruption of her marriage and Bertha Antoinette Mason’s discovery in the attic, Jane told Rochester that she was leaving, and what did Rochester do? He offered her a love nest in France:

You shall be Mrs. Rochester—both virtually and nominally. I shall keep only to you so long as you and I live. You shall go to a place I have in the south of France: a whitewashed villa on the shores of the Mediterranean. There you shall live a happy, and guarded, and most innocent life. Never fear that I wish to lure you into error—to make you my mistress.

Jane saw through his deception and rejected the offer of living with him in France, because she knew she would become the very person he said she would not become, his mistress.

So, the following dawn, she escaped from Thornfield.

Jane found herself alone and penniless once again. She was soon forced to beg for a job and shelter. I was overjoyed that she found three generous people who took her in, days later (she was in a deplorable state by then) Mary, Diana, and St. John, who were her cousins, as yet unknown to her.

I was relieved that she didn’t accept St. John’s proposal of marriage and travel as missionaries to India, because she didn’t love him. A few months later, when she was informed that she had inherited her Uncle John’s fortune and decided to share it with her cousins, it was obvious that her life was on the mend.

I was mesmerised when she finally travelled back to Thornfield Hall, because she had heard Mr. Rochester call her across the Moors on a moonlit night. When she discovered Thornfield had been burnt down, I was devastated, until I found out it had been burnt down by Bertha, who had died in the fire.

I sighed in relief because I knew Jane would be rewarded with a happy ending, and she was. ‘Reader, I married him,” she told us, and I thought ‘At last! What a relief’.

I fell in love with Rochester, too. I was about fourteen at the time. Jane was blind because she was nineteen and in love, and I was blind because I was young enough to believe Jane’s happiness would be eternal.

Twenty years later, a friend and English Teacher from Denmark, Anne, suggested I read Wide Sargasso Sea, by Jean Rhys, and that’s when I understood that every story has two sides. I started wondering what kind of a man Rochester really was, and if Jane’s happiness would have lasted.

Sixteen years later, as a College Professor, preparing my classes on Postcolonial Literature in English at the University of Cordoba, I realized there was a counter narrative in which the colonial cultures wrote their way back into world history, which the dominant Europeans had written.

One of the topics we discussed in class was a comparison of Jane Eyre and Wide Sargasso Sea, which tells the story of Bertha Antoinette Mason, Rochester’s ‘mad’ wife who was locked in his attic. Bertha who was dehumaised, voiceless and constrained in Jane Eyre, was given a voice, a background and a personality in Wide Sargasso Sea.

As a result of further investigations into these two novels, I wrote the chapter titled ‘Sexuality and Gender Relationships in Jane Eyre and Wide Sargasso Sea’ in the Book, Identities on the Move: Contemporary Representations of New Sexualities and Gender Identities, published by Lexington Books, in 2014, when I was writing The Eyre Hall Trilogy.

The chapter discusses sexuality and gender relations in Jane Eyre and Wide Sargasso Sea based on a comparative character analysis of Jane Eyre, Bertha Antoinette Mason, and Edward Rochester.

I don’t know why, it’s ridiculously expensive, but if anyone would like to you can read the article it’s on Scribd. You can also read the chapter on Google Books.

If you’re not on Scribd or if  you can’t access Google books and you’d like to read it, just let me know in the comments and I’ll send you a copy.

Jane was only nineteen when the main events occurred, and ten years older when Jane Eyre An Autobiography was written. The last few paragraphs of Jane Eyre, where she moves the story on a few years, are a couple of rushed and imprecise paragraphs. We are told that Rochester recovers his eye-sight and is able to hold his first-born son in his arms. It’s an open ended story, because the rest of their marriage is open to discussion.

That’s when I realized that Orson Wells had the key to a happy ending: ‘If you want a happy ending, that depends on where you stop the story.’

Charlotte Bronte stopped where she thought best, but Jane Eyre, like all works of art belong to the beholder, and readers are free to reinterpret any work of art. I am neither the first nor the last to do so.

I also agree with Derrida that ‘there is nothing outside the text’.

Everything I have written is based on the spaces between the lines of the text of Jane Eyre.

I’ve created an intertextual and diachronic mélange in my mind, which I have translated into a trilogy. More on intertextuality in this post.

Those were the literary, philisophical and emotional reasons which led me to write a sequel to Jane Eyre.

Part 2, which deals with my specific objectives in writing The Eyre Hall Trilogy, is already live.

Book One of The Eyre Hall Trilogy, (International link follows) All Hallows at Eyre Hall will be free for the first time on kindle deals to coincide with Halloween, from 29th October to the 2nd November.