Today I’m reviewing two novels by Sarah Vaughan, who read English at Oxford and worked at the Guardian as a news, health and political correspondent, until she turned to writing fiction. I’ll be reviewing her two most recent novels, Anatomy of a Scandal (2019) and Little Disasters (2020). 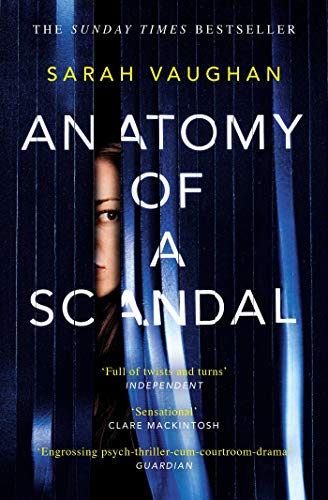 Anatomy of a Scandal is a brilliant legal thriller which also deals with #Metoo issues, as well as political corruption, marriage, family drama, among other contemporary topics.

A charismatic politician is charged with the rape of his former mistress and the reader witnesses the subsequent events unfold through the eyes of his wife and the female prosecuting lawyer. Will his political friends, including the PM, save him or will this be the end of his political career?

It’s written from the point of view of several characters, one, Kate, his wife, is the only first person narrator, the other points of view are narrated by the author in third person.

It’s so well written and engaging that once I started I was drawn in and hooked from page one to the final line. The pacing is perfect, as the action is packed from beginning to end.

However it’s not just an interesting and engaging novel, it also brings up ethical issues faced by many of the characters, particularly regarding consent in sexual relationships and the consequences of lack of consent, infidelity in marriage, and political corruption. The topics brought up, and the political context, seem relevant to contemporary politics and politicians in the UK, which made the novel even more engaging.

I highly recommend it to lovers of thought provoking legal thrillers. It’s set mainly in London, and partly in flashbacks at Oxford University.

Anatomy of a Scandal will soon be released as a miniseries on Netflix, more information here.  I can’t wait to see it! 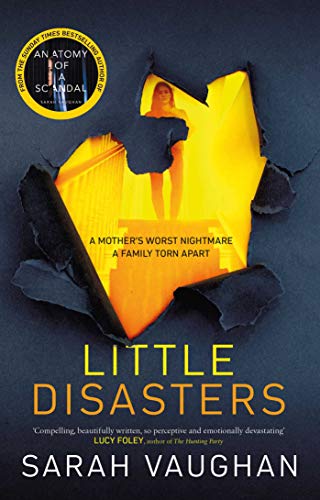 Little Disasters is a compelling family drama. Once I started reading the novel and the traumatic events narrated, I couldn’t stop. The story gradually unfolds with plenty of unexpected twists and diversions right to the last chapter.

Liz finds herself in an impossible situation when Jess brings her 10-month old baby to the ER with a skull fracture while Liz is the resident pediatrician on duty that night in the ER.

Liz’s sympathies are torn, but following the hospital protocol, social services must be involved, and that is where the rift begins between friends, and the drama begins for Jess and her family.

It’s a heartbreaking and brutally honest representation of a group of young mothers and fathers coping with full time jobs, marriage, and our increasingly complex lifestyles which sometimes lead to helplessness and desperation. It brings home eloquently the challenges of raising a family and parenting.

I listened to the audio version on Scribd which was brilliantly read by three different narrators, but I also enjoy reading through the chapters on my kindle.

Colouring by my granddaughter, Elsa.