This year to celebrate National Poetry Month and to take part in the April A-Z Blogging Challenge, I’ll be posting two poems a day, one written by me and another poem written by one of my favourite poets. The title or first word of the  poem, or the author’s name will begin with the corresponding letter in the Blogging Challenge.

Today I offer you Burning Oak by Joyce Carol Oates, which starts and finishes with the word ‘Yesterday‘ and Unhappy Trees by Luccia Gray.

Yesterday, the sky in mute

almost too thick to breathe.

we found the stump of an old oak, man-

at the edge of a clearning __ splintered wood

even the black ants fled

in the stink of old grief

knocked half out of the earth

and slow-spreading rising without grace

into an indifferent sky no one will paint,

or photograph, or see__

This poem is about disintegration and regret. The narrator describes the death of a tree, which has become a stump. The oak tree is splintered, bulldozed, roots exposed, leafless, and nobody cares, because no one will paint it, photograph it, or even see it, except the narrator and another person, ‘us’, which leads the reader to believe the real subject of the poem is the end of a relationship, viewed some time after the event. More about Joyce Carol Oates here.

Oates’ poem reminded me of a photograph I took a few days ago of a tree, which had been run over, so I decided to write a poem about this fallen tree, or perhaps it’s about something completely different… 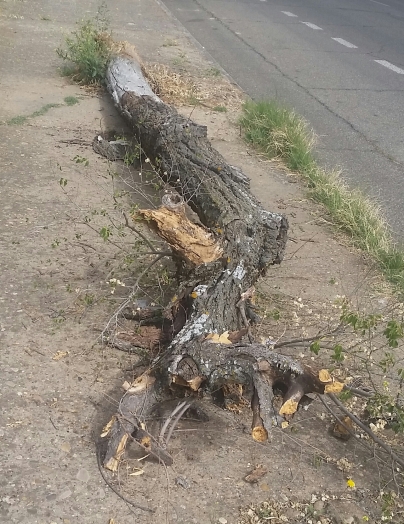 On his way home

It had wished for

To grow its roots.

It had longed to

By earth and grass.

Made to grow by 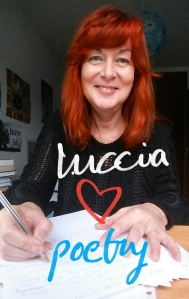